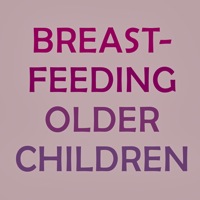 Ann Sinnot, who breastfed her own child until the age of six and a half, draws on child development theory, neuroscience research and statements from hundreds of parents, to explore the reality of this taboo practice. She reveals the lack of evidence behind negative beliefs, exposes myths and prejudices, and challenges the attitudes of psychologists and medical health professionals.

Sheila Kitzinger, author of numerous books and renowned expert on birth and breastfeeding

‘An exciting, highly original and carefully researched study of prolonged breastfeeding, discussed in an international context.’

Gabrielle Palmer, author of ‘The Politics of Breastfeeding ‘ When Breasts Are Bad For Business’

‘At last, a writer who taps into the authentic voice of women who must fight to do what most mothers, since the dawn of time, took for granted. Ann Sinnott addresses the fact that children as well as babies need to breastfeed. She challenges the discrimination and even abuse that their mothers often endure. A stimulating, fact-filled book which will intrigue, enthrall and appall the reader’.

Naomi Stadlen, La Leche League leader and author of ‘What Mothers Do ‘ Especially when it looks like nothing’

‘I welcome ‘Breastfeeding Older Children’. I often talk to mothers who continue to breastfeed their older children but feel under pressure from other people to stop. Ann Sinnott provides valuable support by stating the benefits of sustained breastfeeding, and quoting mothers who have written to her from different parts of the world. She also shows how people who object to sustained breastfeeding have not given her rational justifications for their opposition. This is a unique book.’

Breastfeeding Older Children reveals a hidden phenomenon: thousands of children in the industrialized world are being breastfed for five, six, seven and eight years and, in some cases, longer. Are these children coerced, or are they in the driving seat? Are they damaged, or does long-term breastfeeding support the development of psychological wellbeing, as well as physical health, in both childhood and in subsequent adulthood?

Breastfeeding Older Children looks at the impact of sustained breastfeeding on the couple relationship and reveals both discord and harmony. The author investigates the involvement of breasts in sex, with intriguing results. Is the male ‘Phwaor!’ response to the sight of large breasts not an expression of surging testosterone and male virility but rather a result of not having been breastfed in early life?

Breastfeeding Older Children probes opposing feminist arguments in the breast v bottle battle and looks at lines of contention around long-term breastfeeding. Ann Sinnott argues that sustained breastfeeding is a woman’s right and a feminist issue. She ventures into prehistory to prove the point, investigates the origin of truncated breastfeeding in western culture and concludes that it is time to open a new frontier for feminist action ‘ including in the workplace.

Breastfeeding older children presents essential facts about the realities of artificial feeding and the, rarely publicized, risks of infant formula.